With great wisdom, we, as a culture, have begun to move away from punishment as the main staple of parenting. 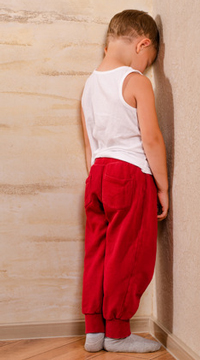 We’ve moved almost entirely away from corporal punishment, having learned that this was a least effective way to change behavior and a most effective way to cause a host of other problems. We can talk specifically about what the research has shown on that another day. Today I’d like to talk about punishments. Most of the parents I work with use “time out” and “grounding” as their gotos. I’d like to talk about some more imaginative and effective ways to teach children that there are consequences for their actions.

I’d like to start off by saying that most actions have natural consequences and parents often need to do little more than pointing them out, and that’s only necessary if the child hasn’t figured that out already.

Some important things about consequences that work:

Remember, we’re not controlling their behavior, just inspiring them to make a choice.

I’m a big fan of posting things on the refrigerator when you have kids. After you’ve discussed the actions that will be taken after an undesired behavior occurs, you can post the actions so children can go and check and make sure they really want to pay that price beforehand. Example:

Most important! We have to be willing to follow through on our consequences!

If you find that a certain consequence is not preventing a behavior you can always up the ante, but only after you’ve discussed it with the kids and explained why.

Good luck! Get creative. Use your imagination. Try something that’s never been done before. Ask your kids what they think a fair consequence would be. They often have wonderful ideas.

And if you decide you need a coach in Hampton Roads, call (757) 739-2118 and set up an appointment for any services that apply to your family.

Executive Director and Founder at Wishing Well Adoption & Family Services
Linda Michie holds a Master's degree in Urban Studies, and a Bachelor's degree in Psychology and Criminal Justice from Old Dominion University.
Linda has worked in the child welfare field since 1999 and is a Licensed Child Placing Agent.
Wishing Well assists in domestic adoptions in the state of Virginia, and provides parenting coaching, and supervised visitation in Virginia Beach, VA.

We want to get in touch

"Linda, from Wishing Well Families, was wonderful to work with. My husband and I were, of course, nervous going into the home study process for the first time. Linda made the process easy and smooth. She was really helpful in teaching us what was needed instead of what we were lacking. She has a pleasant and caring demeanor that eases all the anxiety. We couldn't have been more pleased with choosing her."

"Linda, from Wishing Well Families, was wonderful to work with. My husband and I were, of course, nervous going into the home study process for the first time. Linda made the process easy and smooth. She was really helpful in teaching us what was needed instead of what we were lacking. She has a pleasant and caring demeanor that eases all the anxiety. We couldn't have been more pleased with choosing her."

"When going through the adoption process, it can seem difficult, slow-moving, and overwhelming. Wishing Well eased those feelings, made us comfortable and assured us that we were not alone. Because our experience was so positive, we continue to recommend Wishing Well to our friends and family going through similar experiences.

"My husband and I have had the dream of adopting a child from foster care for years but had no idea where to begin and were very intimidated by the notion. We’ve been so blessed to have Linda working with us. She has helped in giving her sound advice and input from her years of experience, not only has a social worker but a foster parent herself."

"My daughter absolutely loves Miss Linda. She is wonderful with kids and really cares for your child. She is always looking out for what's best for the kids and super easy to work with. We are very happy with Linda."

"Wishing Well provided unique guidance, support, and an educational foundation to help or family navigate through many challenges. I highly recommend Wishing Well Families to anyone seeking parental support, supervised visitation, or a change in their family dynamic."

"My experience with Wishing Well Families has been filled with an atmosphere of professionalism, heartfelt kindness, and numerous opportunities for growth as a parent."

"She single-handedly gave me something that I thought I had lost. Hope."

"Linda did an excellent job helping us adopt our son. She was so caring, compassionate, and professional. Her heart is definitely for helping the children. She was a great help to get our son safely secured into his forever home with us as swiftly as possible."

"Linda is prompt, efficient, whip-smart, and caring. You will find no better advocate in your adoption journey than Linda Michie."

"She was always very professional and confident during supervised visitation. I was comfortable with her communication and responsiveness and her interactions with my child. I always felt that she had my child's best interest as her top priority regardless of what was occurring between me and my spouse."

We fondly call Linda, "Coach Linda." She successfully guided us through a difficult adoption journey, providing us with advice as we transitioned from an infant placement to an older sibling group adoption. Her unwavering commitment to high standards during the process combined with sound advice and a nurturing personality gave us the assurance to make the best decisions for our family. With Wishing Well Families, our adoption was completed ethically and professionally. After our placement, our daughter asked, "Mommy, what do you wish for now when you throw a penny in the fountain because your wish came true – you have us." Linda makes family's wishes come true every day.